You are here: Home / Reloading Blog / Centerfire Primer Chemistry: What’s the Best Primer to Use 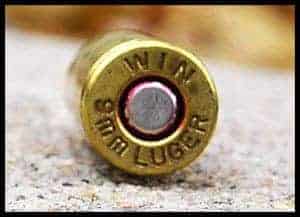 When it comes to reloading your ammos, there are things that must be considered to ensure that they are always safe and accurate when firing. The use of reloading presses provides users the freedom to choose the different brands that would make their ammunitions precise while also giving them cheaper options as compared to buying readymade bullets.

Centerfire ammunitions are commonly used nowadays as it is the most reliable especially for military use. The design involves having the primer at the bottom center of the cartridge and is replaceable which most reloaders do. There are basically two types of centerfire primers that are available in the market, the Boxer and the Berdan type. Derived from the name of the person who made them, Boxer primers are commonly used in the US while Berdan primers are mostly used in European countries.

Nowadays, there are different kinds of centerfire primers that reloaders can select from such as corrosive, noncorrosive as well as lead-free primers. But what really separates one from the other?  Let’s look at their different qualities and fully understand what benefits you can get if you choose to go with the other.

This type of ammunition makes use of centerfire primers that has known chemicals that when fired, leaves a residue of corrosive salts. Most of the time, these primers have potassium chlorate and sodium petrochlorate which, when ignited, will decompose into potassium chloride or sodium chloride. As it has the same components to what a table salt has, chances are, it will attract water which makes it highly corrosive.

If this is the case, it is very important that you rinse your gun to ensure that it doesn’t leave any residue. But what really makes this a common choice for users, even years ago when it was the only available option, is that it is very stable and reliable.

A noncorrosive centerfire primer basically is just the opposite of the other. It eliminates the residues that you get from using corrosive primers. However, some users believed it to be less reliable when stored for a long time. On the other hand, it has been a popular choice as well to most users, especially civilians, as they would want to make sure that their guns does not have any substance that may be harmful or sabotage its accuracy.

Most centerfire primers contain lead as well as heavy metal residues; and in the late 90s, tests show that it actually poses some dangers not only for the environment but also for the users especially for shooting indoors. Because of this, lead-free primers were recommended for use. This eliminates the hazardous effects and is said to have a long shelf life too.

This is followed by some indoor ranges to ban primers that contains heavy metals to avoid its negative effects and recommends using lead-free primers to be used instead.

Since lead free primers are quite new in the market compared to other types, several tests are being conducted to establish its accuracy and dependability. As what other users would notice this specific type of centerfire primers have less shelf life and are less sensitive, later productions are believed to have been improved as it performs equally the same to most lead based ammunitions. Non-toxic or lead free primers that are produced now can already replicate the sensitivity of those standard or corrosive centerfire primers.

When Buying Lead-Free Primers
Different brands are now making their non-toxic primers for the market. Buyers can easily see if they are buying a noncorrosive or a lead-free primer. However, based on most tests done by reloaders as well, it is always best to ensure that what you are getting is really what the box says. Some tests proved that there are brands that are not true to their labels.

Also, when buying readymade bullets, some description would say lead-free but this may not be applicable to all of the parts. There are times that only the bullet itself is lead free while the primers are not.

As we have established that the lead-free generation of centerfire primers has definitely improved over the years to provide quality performance, these types of ammunitions are still generally considered best used for training purposes and not recommended for actual duty use. Some users have been very skeptical to use non-toxic primers based on reviews that it is not as efficient as standard primers. Nevertheless, other relaoders find it alarming that lead based primers are actually dangerous to the health.

Overall, people may have their own preferences when it comes to reloading, specifically the primers that they wanted to use. Given the fact that lead based primers have certain levels of dangers, clearly it is not the best option to go for. However, due to some issues that makes lead-free ammunitions inferior in some way, according to some users; it has been recommended for training purposes. 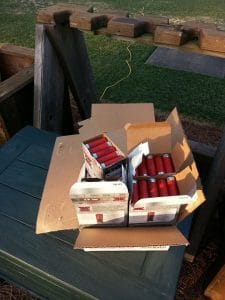 Does It Make Sense To Cast Your Own 12-Gauge Slugs?

How to Reload Ammo: A Complete Guide For Reloading Ammo