You are here: Home / Gun Care Reviews & Guides / When To Clean Your Rifle Bore?

If you’re a hunter, it’s very likely that you’ve been taught about the importance of keeping your rifle bore spick and span. You’ve been trained to check the specs of dirt, copper or powder inside/outside your gun after every single hunting session. You’ve been taught to do this time and again to maintain the accuracy and longevity of your favorite hunting rifles. 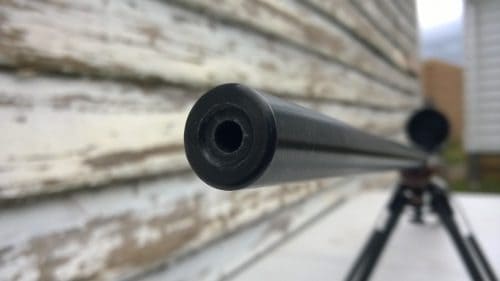 But that’s not the way every hunter thinks! Contrary to popular opinion, many hunters feel that cleaning their rifle bore can affect its performance. One apparent explanation is that many rifles tend to hit in different locations when you fire the bullets from a perfectly clean bore. Although this seems pretty mysterious, it’s not really difficult to explain. Here’s how it happens.

Why do hunters use fouled bores?

When we usually clean our rifles, we coat its bore with some rust preventive or water-based lubricant. This fact alone can tamper the behavior of your bullet. The same can happen, even if you’re running a dry patch along your bullet. This dry patch of cloth won’t really be able to remove all the oil amid the massive temperature and pressure and some amount of oil will still remain in the bore.

This remaining oil will affect the performance of the bore because it is likely to cause some variation in the velocity of the bullet. And that’s not all, because it might also affect the way in which a projectile engages with the rifle. Either or both these conditions can affect the flight path and the eventual impact point which in turn will affect your performance negatively. Due to the same reason, you should avoid using oil in a muzzleloader’s bore because it might foul your propellant.

Other than oil and oil-based lubricants, there are many other factors that affect the way bullets behave in the barrel of the rifle. Here, constant accuracy demands you to be consistent with all these factors. Unless these factors are accurately same with every single shot, the point of impact and the velocity is likely to vary for every individual shot.

Important point: This concept is not suggesting to stop your habit of gun cleaning, because it clealy is important and does extend the longevity of your rifle. Ultimately, you certainly would be better off and safer cleaning your gun too much than not enough. This is a nuance worth considering to have your accuracy consistent at the beginning of a session.

However, you can always do it a little less, particularly around the bore, right before you take the gun for hunting in the field. When you hunt with a fouled bore, there is a high possibility that it’ll hit exactly where you want it to. Better yet, perhaps all that is needed is to make sure to “pre-foul” the bore after a thorough cleaning if you are about to begin your hunt.

How to foul your barrel?

Now that you know why someone might prefer using a foul barrel, you might be wondering how exactly to do it. Well, the idea is pretty simple. All you need to do is shoot the gun. With the necessary cartridge arms, one or four rounds of firing will be absolutely enough to foul your bore. Not only will this burn out the oil but it’ll also lay out some copper foul on the rifling in your barrel.

Now, while excessive amounts of copper fouling, is definitely undesirable, a tad bit often helps your gun from hitting in an accurate position. So don’t really be afraid to foul it right before your hunting sessions.

How often should you clean your rifle? 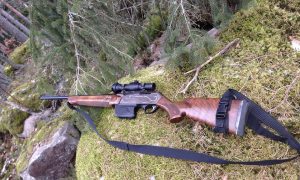 Ideally, I’d recommend you to clean your rifle’s bore only after you’ve come back from a hunt or when you’re not expecting to use it for a pretty long time. When you do this, there’ll be absolutely no loss in your accuracy. While you should always make it a point to clean your rifle or run an oil patch through it after constant exposure to wet weather or to simply avoid corrosion, there’s absolutely no point in keeping it squeaky clean.

In order to enjoy the best performance from your rifle, run a dry patch after the oil patch while also cleaning up the unnecessary dirt from the rifle’s exterior. This short cleanup will not affect the accuracy, primarily because it’s not as thorough and proper. The cleaning I’ve recommended here is a simple cleanup that involves removing the surface rust, dirt, and water.

Things to keep in mind

Once you follow these guidelines, you’ll be able to shoot as accurately as you always wanted to! 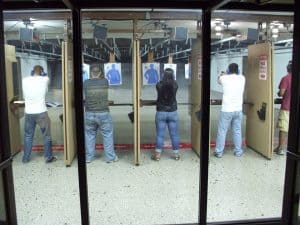 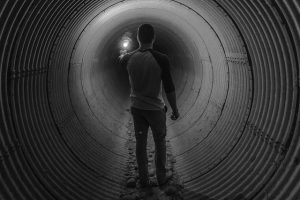